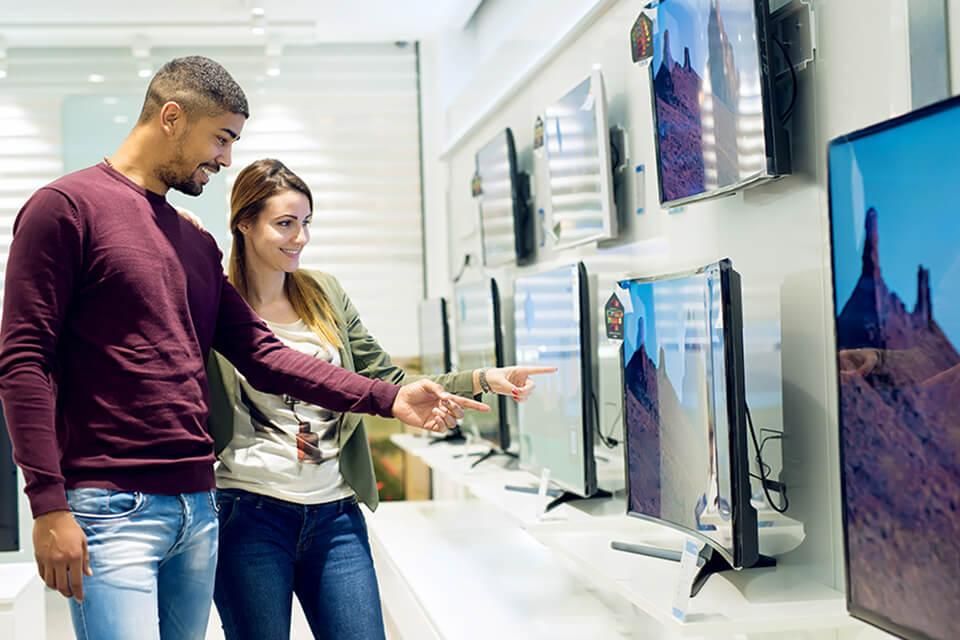 The Russian World Cup, which begins in 88 days, is expected to contribute to a 22% increase in the volume of televisions sold in Brazil this year, according to consultancy GfK, which audits the segment.

"Growth was already 23% in January [2018]. Only the Cup should be responsible for an 8% increase in the year ", says Gisela Pougy, director of the consultancy.

Industry makers benefit not only from increasing sales volume but also from higher profitability, as demand for more expensive items rises in the years of the sporting event, he says.

Most sales tend to be concentrated in the second half, but when the World Cup takes place, the scenario changes, according to Erico Traldi, director of Samsung.

"There is an inversion. The end of the year continues with many important events such as Black Friday, but what usually happens is anticipation of purchases. "

Some factors could balance the market and prevent a fall in the second half, says Kleber Carante of Semp TCL, which forecasts a 35% hike this year.

"We have a specific situation in 2018 which is analogue signal disconnection in several cities, something that started last year. This transition always drives the market. "

Top of the Pyramid

The number of admissions was 17% higher than that of 2016 and wages grew 3%, according to Page Executive.

"In 2017, there were more performance swaps. At the beginning of the year, we had 39% more jobs, motivated by economic growth ", says the director, Leandro Muniz.

Robert Half recruited between 5% and 7% more professionals in the period.

The compensation, according to the consultancy, increased 15% in the year and the average salary was R $ 45 thousand.

"Companies have concentrated selective processes this semester due to the uncertainty caused by the election," says André Freire, a partner.

Simpress, which provides printing services for companies, will invest $ 90 million to acquire new equipment, according to President Vittorio Danesi.

About 60% of the amount will go to the renewal of the printers, and the rest will be needed to meet the new contracts, he says. The amount is R $ 20 million higher than the amount contributed in 2017.

"Since September we have seen an evolution. Several sectors that had reduced their activity very expressively, such as industry automobile and civil construction, have increased [demand]. "

Simpress machines and printers are installed in other companies

The survey, which focuses on the year 2017, shows that people sought to save more in the period and therefore changed their consumption pattern of some products.

Buyers are still very cautious, says Tracy Francis, a partner in the company.

For this reason, many have adopted practices such as buying smaller quantities of the brands they are accustomed to, or have searched for promotional stores to continue to purchase the same products.

In the same period, there was an opposite movement in relation to beers: the premium category, of higher price, gained space.

"The sophisticated lines already account for 13% of the market," says Paulo Petroni, director of CervBrasil, which brings together the main producers. "We see sophistication in the public's taste," he says.

The sale of durable electronic goods grew 11% in 2017, compared to 2016, according to consultancy GfK.

The category includes telephony, computers, laptops (such as blenders and vacuum cleaners), appliances and electronics. Only smartphones account for about 40% of the total value.

The highest variation was registered in the segment of computers, which increased by 17%, and the lowest, in the range of stoves, refrigerators and washing machines, which grew by 9%. The data will be released on Tuesday (20).

Summit ... Anbima's Macroeconomic Monitoring Committee predicts inflation will fall from 3.9% to 3.6% this year, as the latest data have fallen below expectations.

... optimistic It also estimates that the basic interest rate (Selic) will be set at 6.5% at the next meeting of the Monetary Policy Committee.

Bolsa ... Debt collection by companies in the first two months of 2018 reached R $ 18.6 billion, considering debentures, CRI, CRA, FIDC and commercial notes, according to B3.